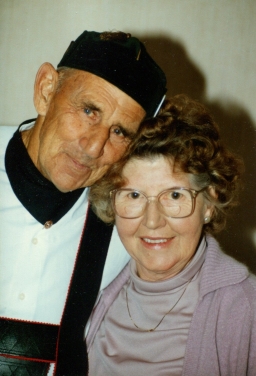 Research into Egerländer Dialect (Not comprehensive)

In the 1960s, Droescher studied our Puhoi dialect. He recorded a number of Puhoi people (Bayers, Strakas, Schollums and Wechs) responding to a prepared list of 200 words. You can hear a sample here: mp3 For comparison, he did the same thing with two people in Germany.

As a result of his research, Droescher made some interesting observations about the Puhoi dialect. The following quotations are taken from his monograph (1975? 1969?)

Dialect experts are unanimous in the opinion that the Staab dialect has some distinctive characteristics which sets it apart from the rest of Egerland, which can be shown by a few key words. The Staab dialect belongs to the North Bavarian sub-dialect of Austro-Barvarian, which again can be subdivided into Core-Egerländ..., South-Egerland, and finally the Staab-Dialect. (Page 7.)

(A personal note. I am not sure, from the above quotation, how the various dialects are related. I find it ambiguous.)

The Egerländer dialect, as spoken in Puhoi, is almost identical with that of its original home district, in phonology, morphology and syntax. As the settlers all came from the same locality, i.e. Staab and its immediate surroundings, the Puhoi Dialect has a very uniform background. (Page 10.)

The influence of New Zealand English on the Puhoi dialect is again very uniform, as Puhoi existed for so many years as a compact dialect island, so that any English influence always affected the whole of the Puhoi speech. If a word or expression is taken over from English it is accepted and used by all speakers. (Page 10.)

...there is a disappearance of morphological features: case endings, correct use of article etc. and of sentence structure typical for German. (Page 10.)

Droescher, Werner Otto, 1911-1978. Puhoi --- The Egerländer-German dialect of Puhoi (North Auckland). NZ. 1975 (1969?) There seems to be some disagreement about the publication date of this monograph as the Auckland Central library have it cited one way and the University of Auckland Library another way!

He transcribed many of the sayings/phrases on this website.

A copy is held in the University of Auckland Library

Voicing contrasts and VOT in the German variety of Puhoi, New Zealand

The sound recordings on this site are archived at Institut für Deutsche Deutsche Sprache in Mannheim.

NOTE: There is also work being done by Dr. Roger Buckton and others on our Puhoi Bohemian songs and music. Watch this space.

There is urgent need to do a comparative study of the dialect as preserved in Puhoi, in Paul Kretsch's dictionary (Minnesota) and in the motherland. It would be most interesting to see how the language has changed over time and location. Perhaps some university will pick up the challenge?